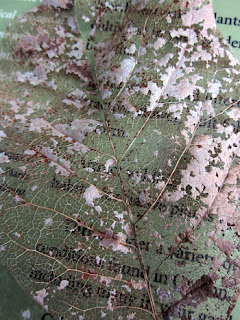 I really appreciated April Yamasaki’s post on 16 verses to summarize the Bible.   I agree with her caveats, that if we pick 16 verses, then we are cherry picking, placing our own interpretation on the text.  But it is still a useful tool to use when introducing someone to the main themes of the Bible.

I don’t have a problem with Chris Bruno’s original list.  It is a summary of the story of the Bible, really, and that’s great to start with.  April’s list is of a different nature, however, which explores significant theological themes of Scripture, almost an Apostle’s Creed made up of 16 verses.  I like that as well, orthodox, but taking a different viewpoint of Scripture.

In approaching this idea, I have to say that my viewpoint of Scripture is a bit different.  I believe the Bible wasn’t written for theologians or literary critics (sorry, guys), but for the oppressed of the world.  The Bible is intended to be for those who recognize that the world has nothing for them, but God offers both hope and deliverance.  And the Bible isn’t just written to those who feel spiritually cast down, but those who are truly rejected by the society they live in—rejected socially, economically, spiritually, and morally.  The very ones that are rejected by the world are welcomed and rewarded by God.  That’s the main message of the Bible, and we see that theme in every story, we see it in the law, we see it in the story of Jesus and the writings of the apostles.

Again, I don’t want to disregard the previous lists, but I want to provide a different list, one that introduces one to the thematic heart of the Bible: God’s love for the Anawim. 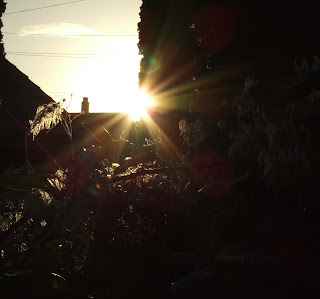 God is love—Exodus 34:6-7
"The LORD, the LORD God, compassionate and gracious, slow to anger, and abounding in faithful mercy and truth, who keeps faithfulness for thousands, who forgives iniquity, transgression and sin.”
This is the basic biblical creed, expressing different aspects of God’s love.  Fundamentally, the whole Bible speaks of God’s love and care, especially for those in need, not receiving justice.

God created an ecosystem, for everyone’s needs to be met—Psalm 104:27-28
“All creatures wait for You to give them their food in due season. You give to them, they gather it up; You open Your hand, they are satisfied with good.”
God creation was complete, providing for the needs of every creature, human, animal or plant.  There are enough resources to sustain all life.

Human leaders give to the few and oppress the many—Ecclesiastes 5:8-10
“Don't be surprised if you see a poor person being oppressed by the powerful and if justice is being miscarried throughout the land. For every official is under orders from higher up, and matters of justice get lost in red tape and bureaucracy.  Even the king milks the land for his own profit! Those who love money will never have enough. How meaningless to think that wealth brings true happiness!”
Human leaders, whether governments, business or religious leaders are seeking their own benefit, and will oppress as many as they can in order to maintain their own wealth.

God supports justice for the oppressed—Job 5:15-16
He rescues the poor from the cutting words of the strong, and rescues them from the clutches of the powerful. And so at last the poor have hope, and the snapping jaws of the wicked are shut.
God works for the needy, calling the oppressed his own and his is the judge of them.  He will make sure, in the end, that the oppressed have justice against those who oppress them.

The oppressed who cry out to God will be delivered by Him—Psalm 107:3-9
He has gathered the exiles from many lands, from east and west, from north and south. Some wandered in the wilderness, lost and homeless. Hungry and thirsty, they nearly died. "LORD, help!" they cried in their trouble, and he rescued them from their distress. He led them straight to safety, to a city where they could live.  Let them praise the LORD for his great love and for the wonderful things he has done for them.  For he satisfies the thirsty and fills the hungry with good things.
God is always listening to the cries of the oppressed, poor and hopeless.  If they cry out to him, he will help and deliver them from their oppression, despite the oppression of human rulers.

Human leaders that do not help the oppressed are cast down—Psalm 82:3-8
“Give justice to the poor and the orphan; uphold the rights of the oppressed and the destitute. Rescue the poor and helpless; deliver them from the grasp of evil people.” But these oppressors know nothing; they are so ignorant!  I say, 'You are gods; you are all children of the Most High. But you will die like mere mortals and fall like every other ruler.'" Rise up, O God, and judge the earth, for all the nations belong to you.
God judges all the rulers of the earth, and sees if they help the poor and oppressed.  If they do not give justice to the oppressed, if they, rather, support the oppression of the needy, then God himself will come down and destroy the leaders who harm the oppressed.

The oppressed are given leadership—I Samuel 2:7-8
The LORD makes some poor and others rich; he brings some down and lifts others up. He lifts the poor from the dust and the needy from the garbage dump. He sets them among princes, placing them in seats of honor. For all the earth is the LORD's, and he has set the world in order.
As God deposes the evil rulers who oppress, he will take some of those who are oppressed, and put them in the place of the evil leaders.  Those who have suffered will take leadership, so to support the suffering. 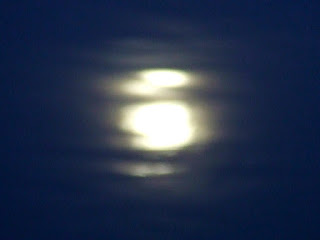 Jesus came as one of the oppressed—Philippians 2:6-8
Though he was God, he did not think of equality with God as something to cling to.  Instead, he gave up his divine privileges; he took the humble position of a slave and was born as a human being. When he appeared in human form, he humbled himself in obedience to God and died a criminal's death on a cross.
Jesus, the Son of God, the full image of God did not come on a throne or in power, but as one of the oppressed, suffering with all of us.

Jesus died as a rebel to human leadership, although innocent—Acts 22:22-23
God publicly endorsed Jesus the Nazarene by doing powerful miracles, wonders, and signs through him, as you well know.  But God knew what would happen, and his prearranged plan was carried out when Jesus was betrayed. With the help of lawless Gentiles, you nailed him to a cross and killed him.
Jesus only did good, but he died as a criminal, a rebel to human leadership.  Yet the only danger he posed was to those who wanted to sustain a system of injustice and prejudice against the outcast.  He assisted the poor and helpless, and so was commanded to die as an exile, unworthy of God’s presence.

God reverses the judgment of human leadership—Acts 2:31-32
God would not leave him among the dead or allow his body to rot in the grave. God raised Jesus from the dead, and we are all witnesses of this.
God reversed the death penalty against Jesus, declaring Jesus to be free of all crimes, but also the true King of the kingdom of God.  Jesus has become the true emperor of God.

Jesus dismantles injustice and establishes his justice—Col 2:14-15
He canceled the record of the charges against us and took it away by nailing it to the cross. In this way, he disarmed the spiritual rulers and authorities. He shamed them publicly by his victory over them on the cross.
If the oppressed would stand with Jesus, all their sins done under oppression would be forgiven, and we are given a new chance in a new kingdom under Jesus.  Jesus defeated all the human and spiritual oppressors, giving us a kingdom of freedom to live in.

Jesus meets the needs of those who surrender to God’s kingdom--  Luke 12:22-34
Do not worry about your life, as to what you will eat; nor for your body, as to what you will put on. For life is more than food, and the body more than clothing. Consider the ravens, for they neither sow nor reap; they have no storeroom nor barn, and yet God feeds them; how much more valuable you are than the birds! For all these things the nations of the world eagerly seek; but your Father knows that you need these things. But seek His kingdom, and these things will be added to you. Do not be afraid, little flock, for your Father has chosen gladly to give you the kingdom. Sell your possessions and give to the poor.
Because we can be confident of God’s provision for us, if we would but follow Jesus, then we need not worry about how we will live or the basics that we need.  That will free us to do radical acts of love for the needy, even sacrificing our own need.

Jesus teaches us to live out God’s love—John 13:34-35
A new commandment I give to you, that you love one another, even as I have loved you, that you also love one another. By this all men will know that you are My disciples, if you have love for one another.
The law of Jesus is to love, to have compassion, to bring peace, to offer forgiveness, to restore to life.  Jesus doesn’t just tell us, he gives us a life to show us how to act.  And we are told that are mark of distinction isn’t doctrine or a religious ritual but acting out his love.

Jesus gives us the Spirit which creates in us love and peace—Gal 5: 22-23
The fruit of the Spirit is love, joy, peace, patience, kindness, goodness, faithfulness, gentleness, self-control; against such things there is no law.  If we live by the Spirit, let us also walk by the Spirit.
To live in love is often too difficult for a human being to endure, especially the love of Jesus.  So Jesus also gives us his Spirit so that in our weakness, in the midst of oppression, in the face of those who despise us, we might love with gentleness, bringing peace.
Posted by Steve Kimes at 12:24 AM

Other Stuff to Read

Steve Kimes is a member of Anawim: a community of the homeless and mentally ill in Portland, OR. Find out more on the: Anawim webpage and the Anawim blog.